There are two types of Losses in an Electrical Machine. They are

In this post we will discuss about Core Loss. Core Loss is again classified into two types:

First we will have a look at how the core of a Transformer looks like. But the Core Loss take place in any electrical machine which face changing magnetic flux. 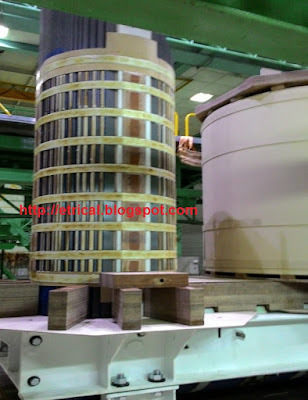 This loss is due to magnetic properties of iron part or core.

When the magnetic field strength or the current is increased the flux increase, after a point when we further increase current the flux gets saturated. When we reduce the current from saturation to zero side the flux density starts to decrease. But when the current value reaches zero the flux density should also be zero but it is not zero. For zero current there is still some flux present in the material, this is known as Residual Magnetic Flux or Remnant Magnetic Flux. Hence the amount of power is never recovered back. The power which gets trapped in the core of the material is lost in the form of heat. 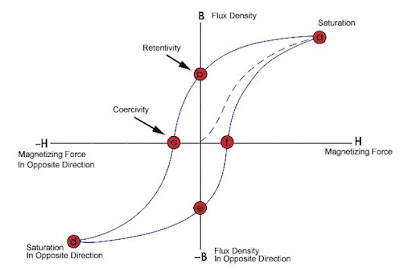 Now we will consider the mathematical part of Hysteresis Loss. The Hysteris Loss in core is given as

Ph= KhfBmx
Where Kh = Constant which depends on the volume and quality of core material.
Bm = Maximum flux density in the core
f = Frequency of Supply
x = Steinmetz’s constant whose value varies from 1.5 to 2.5.
Thus we see that Core Loss depend on Voltage as well as Frequency of Supply. 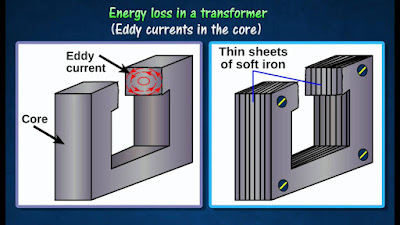 Pe= Kef2Bm2
Where Ke = constant whose value depends on the volume and resistivity of the core material.
Bm = Maximum flux density in the core
f = Frequency of Supply

Therefore, Eddy Current Loss only depends on the applied Voltage.