The different types of structure that have been used for an Induction Type relay are commonly called:

The shaded-pole structure as shown in figure below is generally actuated by current flowing in a single coil on a magnetic structure containing an air gap. The air gap flux produced by this current is split into two out of phase components and hence called shading ring generally of copper that encircles part of the pole face of each pole at the air gap.

The rotor, shown edgewise in figure above, is a copper or aluminum disc is pivoted so as to rotate in the air gap between the poles. The phase angle between the fluxes piercing the disc is fixed by design, and consequently it does not enter into application considerations.

The shading rings may be replaced by coils if control of the operation of a shaded pole relay is desired. If the shading coils are short-circuited by a contact of some other relay, torque will be produced; but, if the coils are open-circuited, no torque will be produced because there will be no phase splitting of the flux. Such torque control is employed where directional control is desired.

This structure gets its name from the fact that it is used for watthour meters. As shown in Figure below, this structure contains two separate coils on two different magnetic circuits, each of which produces one of the two necessary fluxes for driving the rotor, which is also a disc. Visit Principle of Induction Type Relay to know about the working principle. 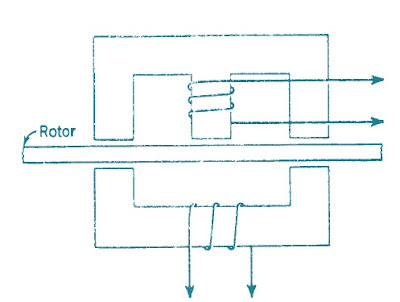 These two structures are shown in Figure 1 and 2 below. They most closely resemble an induction motor, except that the rotor iron is stationary, only the rotor-conductor portion being free to rotate. 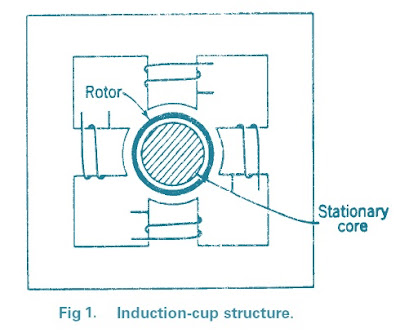 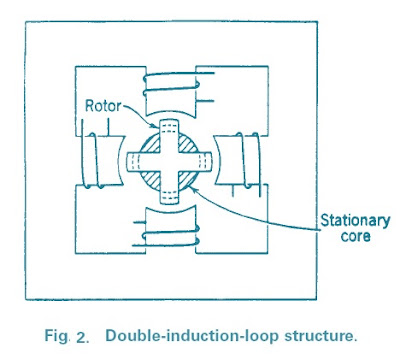 Functionally, both structures are practically identical. These structures are more efficient torque producers than either the shaded-pole or the watthour meter structures, and they are the type used in high-speed relays.

This structure, shown in Figure below, is the most efficient torque producing structure of all the induction types that have been described. However, it has the rather serious disadvantage that its rotor tends to vibrate. Also, the torque varies somewhat with the rotor position. 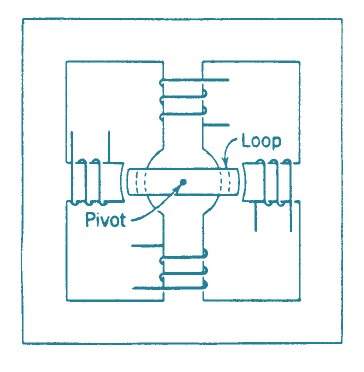 The accuracy of an induction relay recommends it for protective-relaying purposes. Such relays are comparable in accuracy to meters used for billing purposes. This accuracy is not a consequence of the induction principle, but because such relays invariably employ jewel bearings and precision parts that minimize friction.