Sulphation in Lead Acid Battery refers to the formation of Lead Sulphate (PbSO4) on the plates of battery. For better understanding of Sulphation, let us first consider the chemical reaction taking place in the lead acid battery.

Typical chemical Reactions in a lead acid can be described as:

From left to right, these equations represent the discharge process and from right to left the charging process.

The lead sulphate (PbSO4) formed is highly insoluble and gets deposited as a solid substance on plates. During recharging, electrons are forced toward the negative plate and the reaction is reversed. Thus PbSO4 gets converted to Pb and SO42-. 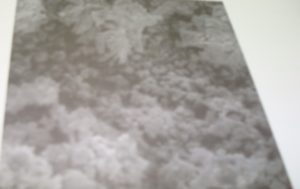 Also formation of the crystals on the plates interferes with electrolytic action which may become unequal on opposite sides of the plate resulting in buckling. Sulphation of the negative plate usually results from excessive local galvanic action.

Undercharging of battery is the main cause of Sulphation in Lead Acid Battery plates.

What is Buckling of Plates of Battery?

Buckling of Battery Plates refers to bending of plates of battery due to aging, sulphation etc. Lead Acid Battery plates are pasted on a grid as lead itself is a poor conductor of electricity. The grid material of battery is normally Lead, Antimony and Selenium alloy. The battery grid plate is shown in figure below. 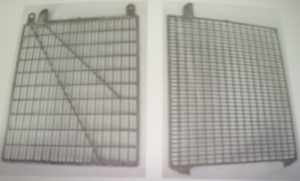 Over this plate, lead and lead dioxide is pasted to make cathode and anode respectively. Due to aging, the plate material get corroded which causes unequal surface on the plate. Because of this uneven surface, the current distribution on the surface become uneven which result in unequal force on the plate. This unequal force results into the bending of plate which is known as Buckling. This is one of the reason of buckling.

A slight amount of buckling is not serious. Excessive buckling may result in punctured separators causing a short circuit. Mind here that, separator is the material filled in between the plates. Overcharging aggravates buckled plates, particularly if sulphation has resulted from previous undercharging.

4 thoughts on “Sulphation and Buckling in Lead Acid Battery”