A singly salient construction SRM comprises of a non-salient stator and a salient two pole rotor. The rotor do not have any winding wound over it but the stator have two phase winding as shown in figure below. 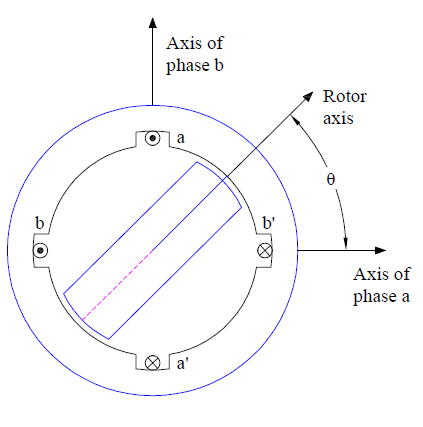 Unlike singly salient type, the stator of doubly salient Switched Reluctance Motor is of salient construction and consists of four poles as shown in figure below. The rotor do not carry any winding and is of salient construction but have two poles. Thus this type of SRM is a hetropolar motor where the numbers of stator and rotor poles are not same. 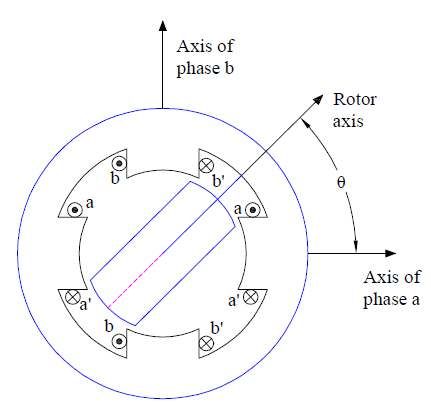 Therefore, when stator phase winding A is energized, the rotor align along this phase as shown in figure below. 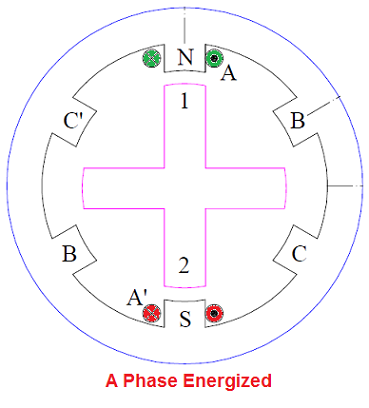 When stator phase winding A is de-energized and winding B is energized, the rotor align itself along B phase as shown in figure below. 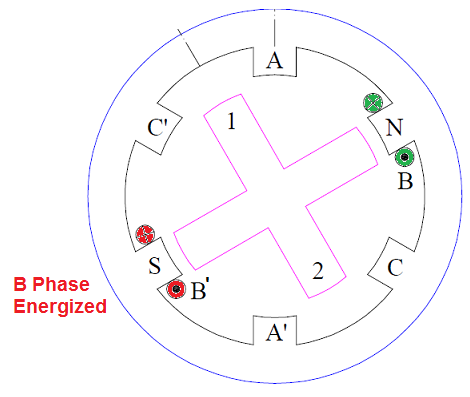 Similarly, the rotor occupies a position along phase winding C when this phase is energized. 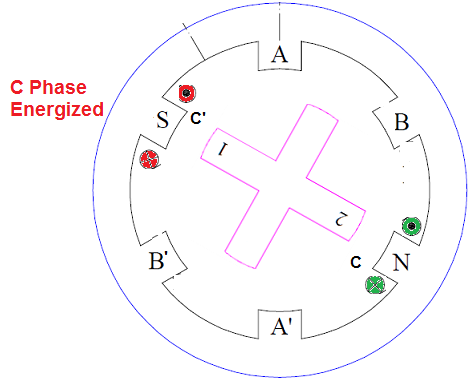 To better understand the working principle, carefully observe the animation of Switched Reluctance Motor given below.