What is Auto Reclosure?

Autoreclosing is a feature which is provided in the Line Circuit Breaker so that Single Pole of a Breaker may trip and close when command is given to do so.

Based on the time duration of fault existing in the Power System, faults can be classified into three categories as
Transient fault exists only for very short duration and these can the removed faster if the line is disconnected from the system momentarily so that arc extinguishes. After the arc is deionized, line can be reclosed to resume the service. Thus, in this way the interruption in the Power Supply is reduced and loss of revenue is also saved.

It has been found that 80% of the fault in Power System are Transient in nature, 12% are Semi-transient and remaining 8% are only permanenet fault. Semi-transient fault are those fault which take some finite time to clear by itself. For example, suppose a bord spanning the two lines sit then it will cause a fault which will clear by itself after the burning of cause of fault,after some time say 1sec. Thus we will expect, Autorecloser to take place for 1 sec i.e. Breaker shall close after a time delay of 1 sec. Here note that the time after which fault clears by itself is called DEAD TIME. Therefore, in our example DEAD TIME = 1 sec. 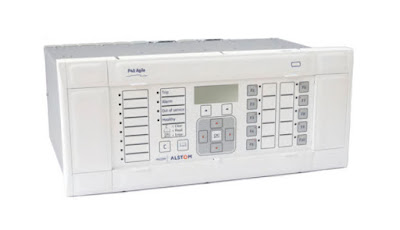 Thus we see that for permanent fault Autorecloser won’t help as we need to attend the fault and rectify it.

Autorecloser can be Single pole or Three pole. Here Pole means Breaker of any of the three phase i.e. either R, Y or B phase. Single Pole Autorecloser take place during Line to ground fault. It shall be noted that Autorecloser facility is provided only in Line Breaker and that to by Distance Protection Relay.

Zone-1 protection operated AND Carrier Channels are healthy AND Three Pole Tripping has not taken place.

This seems surprising that only a single pole of Breaker trips during Zone-1 fault. But it’s true. The phase, say B phase, in which Line to ground fault has taken place will only trip and reclose after the DEAD TIME. If within the RECLAIM TIME, another fault take place then Three Phase trip will occur. During the DEAD TIME period, power is fed to the system via the two healthy phases.

In case of Three Pole Autorecloser, all the three phases are opened independently irrespective of type of fault be it Single L-G or L-L or L-L-L fault and reclosed after the DEAD TIME. During the DEAD TIME period, no power can be transmitted and therefore system is liable to operate unstably.

Hope you enjoyed the topic. Thank you!