Why & When Consumer are Paid from Utility for Consuming Electric Power?

The first thing to know about electricity is that it has to go somewhere. If it’s in the wires, it has to come out. It doesn’t just evaporate; it has to be consumed by something.

The second thing to know about electricity is that it costs money to stop producing it too. If we have to shut down a Coal Plant, for example, we have to do a bunch of things to ramp it down, and then we have to do a bunch of other things to ramp it up for starting the Power Plant. That costs some money. If we shut down a wind farm that’s operating at peak, often we have to pay the wind farm money for the shut down according to your contract. The combination of real and contractual costs means that shutting down generation has a quantifiable cost. 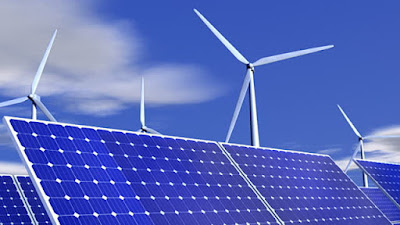 Now suppose, the Renewable sources of energy like Wind Farm and Solar Power produces most of the share of the load, say 80% and base load stations share 85% of load. So net production of electric power comes to be 165%, which means 65% is surplus power. As we cannot shut down base load stations, therefore base load stations like Coal and Nuclear Power Plants are forced to sell their power to the Grid at a loss during this power spike period which in turn will lead to the industrial customers to earn money by utilizing electric power.

Though Gas Power Plants can be taken offline, Nuclear and Coal Plants can’t be quickly shut down, so they went on running and had to pay to sell power into the Grid for several hours, while industrial customers such as refineries and foundries earned money by consuming electricity.

Thus we see that it is the inflexible generation that was the problem. On grids dominated by renewable, base load actually equals inflexibility and it’s a bad thing.

I am sharing a real situation which happened in Germany. On 11th May 2016, Solar Plants and Wind Turbines supplied 87 percent of the power being consumed. Excess energy created by wind and solar power meant consumers made a profit as prices were driven so low they went NEGATIVE which caused Coal and Nuclear Power Plants to continue operation by selling power to the Grid at a loss during the spike – essentially allowing industrial customers to earn money by using electricity. (Reference: MailOnline)

May 15, 2016 admin Power System No Comment
«Difference between Smart Grid and Conventional Power Grid
Why Skewed Rotor Conductors in an Induction Motor?»