In the figure below, it can easily be seen that the peak of armature mmf is directed along the field pole axis or direct axis. 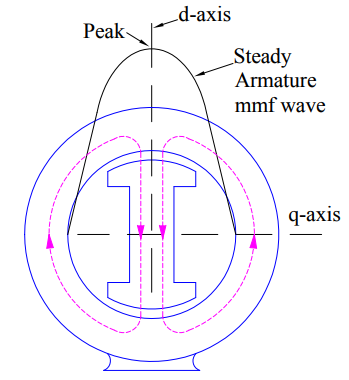 Thus when the peak of armature mmf wave coincides with the direct axis (often called d-axis), then the d-axis synchronous inductance Ld is given as 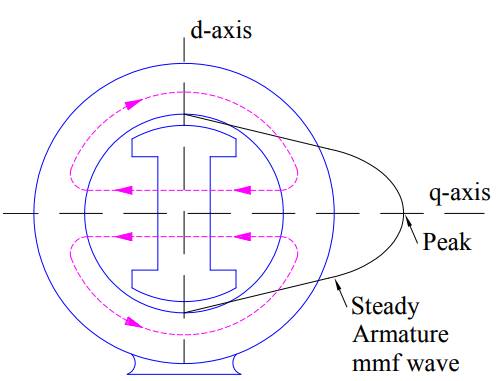 In the above figure, the peak of armature mmf is along the perpendicular to the field pole axis or direct axis.Under this condition, the reactance offered by the two large air gap is maximum. For a given armature current, the armature mmf is constant and hence under this case the armature flux (Flux = mmf / Reluctance) is minimum. The flux linkage per armature ampere is called quadrature axis or q-axis synchronous inductance Lq and given as

where Nph is the number of turns per phase of armature winding.