Our Universe is diverse in every aspect and is full of varieties! In order to understand something and make others understand the same thing and its value, we use different tools and tricks. These tools are broadly called as the “conventions”, that are followed the same throughout the universe. As science and technology is developing in a fast pace, it is very much important to make such conventions, so that the professionals can understand the particular project or numerical, irrespective of the country. Various sign convention is adopted for voltage polarity, current direction, power absorbed or delivered in an electrical circuits

For example, there are two types of current, one is a constant current and other the time varying current. Now since both are current but different in properties, there must be a different conventions for both to understand. So, we denote ‘ I ‘ for the constant current, and ‘ i ‘ for the time varying current. Similarly, in the field of electric circuits, there are many more sign conventions for different elements. Let us learn each of them one by one:

Circuit Element: Generally represented by a rectangular block, as shown in the fig. below. 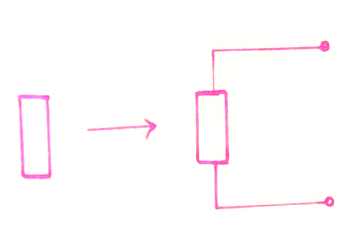 Current Flow: The current flow is always taken in the direction of positive charge movements. i.e. from positive terminal to the negative terminal of the circuit. As shown in the fig. below, where I denotes the current. 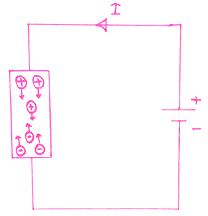 Voltage Polarity: The higher potential value of voltage is represented as the positive terminal and the lower potential as the negative terminal. Suppose in the fig. below, same voltage is across the two current elements. In the (i) , point A is +5V above point B. In (ii) , point B is -5V above point A. i.e., a voltage drop from A to B is equivalent to a voltage rise from B to A. Post Credit: The credit for this post goes to Eathena Dutta. She is an Electrical Engineering, final year student. Thank you Eathena for your contribution. You can also share your articles at [email protected]