Effect of Earth on Capacitance of Transmission Line

To be straight forward, the effect of earth on the capacitance of lines is to increase it. But it is also important to understand how it happens. In the entire post, I will be trying to prove this. But before we proceed, there are three points which should be kept in mind: a) The electric field lines due to a positive isolated charge emanates from the charge b) Electrical field lines crosses an equipotential surface orthogonally. c) Erath is assumed to be an equipotential conducting infinite plane.

Method of image is basically a way to replace a surface charge distribution with an appropriate charge for the sake of calculation of various parameters viz. potential, electric field etc. 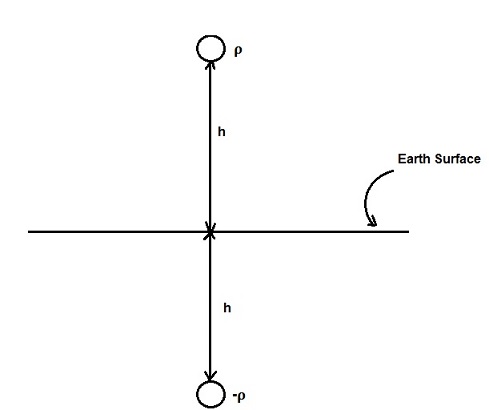 Where D = Separation between the Go and Return conductor

Here in our case, the actual conductor and its image conductors are separated by a distance 2h, hence

But this phase to phase capacitance can be assumed to be series connection of phase to ground capacitance of conductors as shown below. 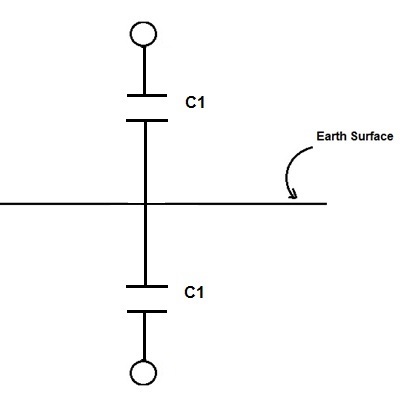 From the above value of capacitance, we observe that the capacitance of conductor has increased due to the effect of Earth.

Effect of Earth on Capacitance of Single Phase Transmission Line: 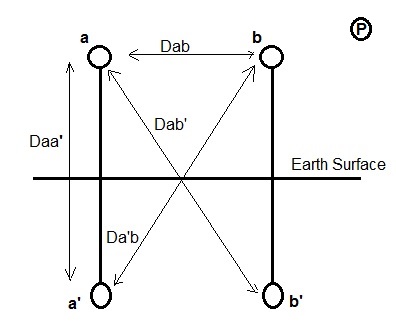 Let P be a point at infinity so that potential at this point is assumed to be zero. Such point is called reference point for the calculation of potential.

Da = Distance of conductor a from point P

Dab = Distance between conductor a and b

Dab’ = Distance between conductor a and b’

Da’b = Distance between conductor a’ and b

We will now calculate the potential Va of conductor a with respect to reference point P.

Thus, the capacitance C of single phase transmission line is given as

Since Daa’ / Dab’ < 1, therefore from the above expression we can say that the value of capacitance has increased due to the effect of earth. However as the distance of separation between the conductors i.e. Dab is very much small when compared to height of conductor above ground level, therefore for all practical calculation (Daa’ / Dab’) ≈1. Thus the effect of earth on capacitance of transmission line may be neglected.