Proximity Effect is the phenomena of non-uniform current distribution on the surface of adjacent current carrying conductor due to the effect of another current carrying conductor in its proximity. Since in cables, the conductors are very near to each other, this effect is dominant. Whereas in overhead lines as lines are far apart when compared with cable, this effect can be neglected.

Cause of Proximity Effect:

The main reason for proximity effect is production of magnetic field in the surrounding of a current carrying conductor. We know that any current carrying conductor produces magnetic field in its surrounding as per Biot Savart Law. When this magnetic field links with the adjacent conductor, it gives rise to a circulating or eddy current in it. Because of this eddy current, the current distribution on the nearby becomes non-uniform. This leads to additional resistance to the flow of current in the nearby conductor. Hence due to proximity effect, the net ac resistance of conductor increases. To better understand the proximity effect, let us consider the figure below. 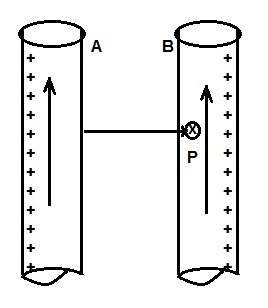 To summarize, when two current conductors carry current in the same direction, the current gets distributed to the farthest half of both the conductor. This is shown in figure below.

Similarly when two conductors carry current in opposite direction, the current in conductors gets concentrated toward the inner facing surface of both the conductors as shown in figure below.

Following are the factors on which proximity effect depends on:

One thought on “Proximity Effect – Definition, Cause and Affecting Factors”