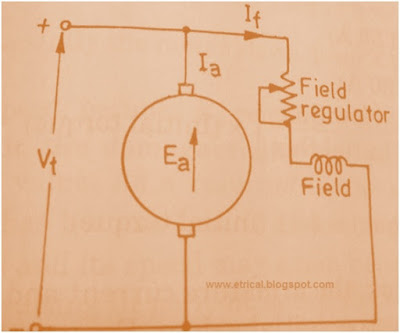 Under steady running condition, if the Field Circuit resistance is increased, the field current If will decrease and which in turn will decrease the flux Ø. As the rotor speed ωm cannot change suddenly, hence because of decrease in field flux Ø, back emf Ea = Ka Øωmwill decrease.

As discussed, percentage increase in Armature current is more than the decrease in field flux, so

Thus we see that by Field Weakening Method, speed more than base speed is obtained. This method of speed control of DC Shunt Motor is very simple and economical and hence used extensively.

Resistance of the field circuit of DC Series Motor can be changed by three ways:

We will discuss each of three methods one by one here.

The connection diagram of Diverter Field Control Method is shown below. 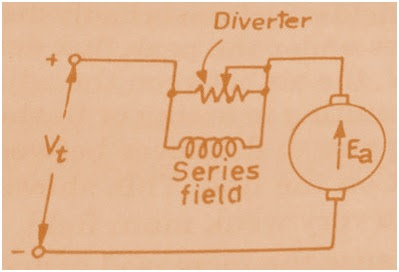 As shown in figure, a variable resistance called diverter is connected in parallel to the field winding of DC Series Motor. As the resistance of Diverter is changed, the field flux is changes which in turn cause the speed of DC Motor to change.

The connection diagram of tapped filed control is shown in figure below. 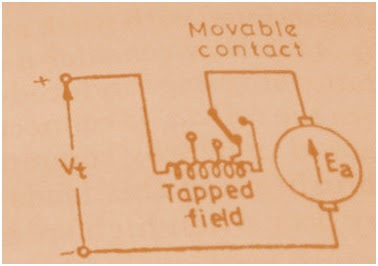 When the field winding is tapped, the number of series field turns N changes as tap is changed from one position to another due to which Megnetomotive Force i.e. mmf = NI, where I is the current flowing through the field winding, changes which cause the filed flux to change. In this way by changing the Tap, field flux is changed which cause speed of DC Motor to change. 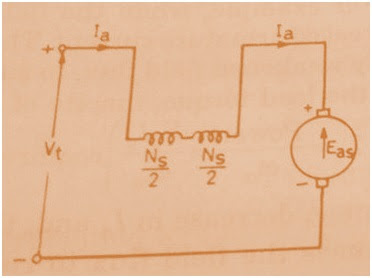 Now assume the two equal halves of series filed winding is connected in parallel as shown in figure below. 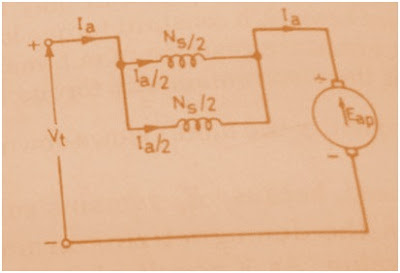 As both the halves are in parallel therefore Ia/2 current will flow in each half of the series field winding of DC Series Motor. Let the field mmf be Fp then

If the resistance of field winding is Rs then resistance of each equal half = Rs/2 and because both halves are connected in parallel therefore equivalent field resistance = Rs/4.

Thus we see that, Eap> Eas

Now, as back emf is directly proportional to Ø×Wm,

Please write you views and suggestion. Thank you!